I am a Vaper, and I am one of #ABillionLives

I am a vaper. That’s not a confession, by the way; it’s a statement I’m proud to make. I used to smoke and now I don’t. For many that’s a difficult journey, but it doesn’t have to be. Electronic cigarettes make it easier to quit smoking than it’s ever been. At least, they do now. That might change in the near future thanks to bad laws, which is a pretty worrying thought.

My father smoked cigarettes until I was 16, and the day he decided to quit (for the last time) was on the Sunday he began having chest pains during church. I always swore to him and my mother that I would never start smoking, but I found myself buying my first pack of cigarettes when I was a few months shy of 19. I smoked a pack per day for eight years - several times I had tried to stop, but every time I tried I lasted no longer than an hour before lighting up again. Around late February 2014, I’d been hearing more and more advertisements on the radio for the local vape shops. I found myself almost looking forward to going into one - mostly to see what the adverts were all about. 12 March 2014, I finally got my chance: I was soon set up with two Evod tanks, an eGo-650 battery, and two flavours (one a fruity candy, the other green apple). Once I tried my new gear I knew I’d never smoke another cigarette; what I didn’t know was just how much my life was about to change.

It wasn’t long until I found my home on Twitter among the family of vaping advocates from around the world. As my vape gear progressed, so did my passion for fighting the lies that were being told by trusted “health organisations” and spread by the unquestioning media. It became an everyday occurrence to be attacked and/or blocked on Twitter by biased educators and respected journalists being paid to demonise vaping, and even by ordinary people who had fallen for the lies and didn’t understand why we were defending vaping. “They tried to bury us. They didn’t know we were seeds.” 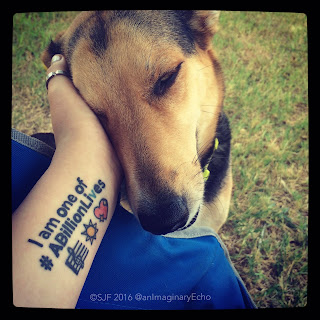 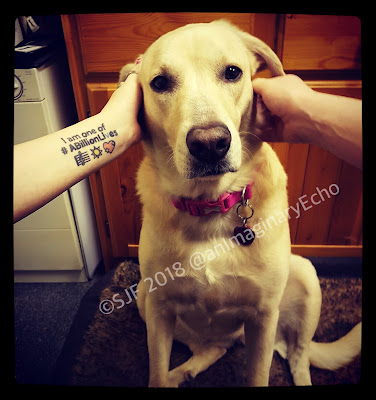 It was on Twitter that I found out about A Billion Lives, and I was immediately taken by the idea. The truth desperately needed to be told, and Aaron Biebert and his team were the ones stepping up to do it. I had been wanting to get a tattoo that was related to vaping, and once I realized just how powerful the message from the film was going to be, I decided to get “I am one of #ABillionLives” tattooed on my inner left forearm. Below the film’s title is a row of emojis that carry a little extra meaning for me; the song used in the first trailer (and also in the film itself), by Milwaukee-based band The Other Shapes, is called “Sing for the Sun.” I chose the treble clef and sun emojis based not only on how much I liked that song, but also because music has always played a tremendous role in my life. The heart emoji with the sparkles on it is there because I’m known as “Sparkles” to my vape family and the vape community on Twitter.


I want to do everything I can to prevent vaping from disappearing. It changed my life and the lives of millions of others, and has the potential to change millions more. Everyone deserves the same chance I got.
at 8:58 PM
Email ThisBlogThis!Share to TwitterShare to FacebookShare to Pinterest
Newer Post Home
“Courage doesn't mean you don't get afraid. Courage means you don't let fear stop you.”
- Bethany Hamilton